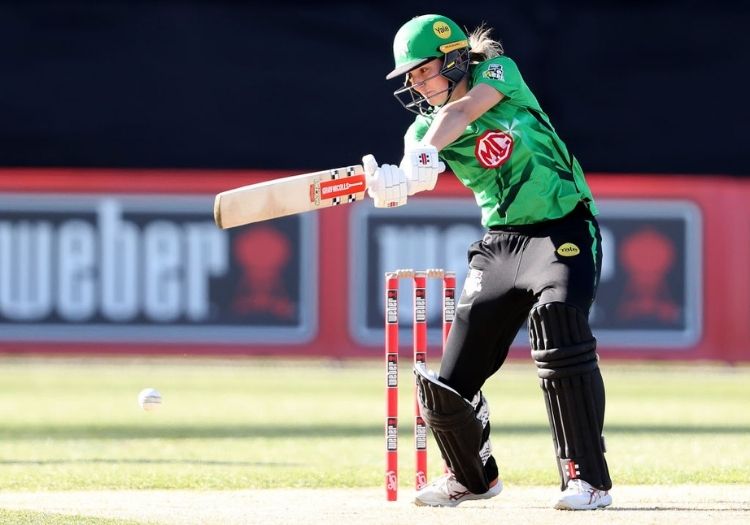 Sydney Sixers lost their unbeaten start to the WBBL07 season as an Annabel Sutherland-inspired Melbourne Stars claimed victory at the Blundstone Arena.

Sutherland struck a fluent half-century and then returned figures of 1 for 24 with the ball as the Stars eased to a 30-run victory in Hobart.

The 20-year-old, opening the batting alongside Elyse Villani, hit nine fours from 50 balls on her way to 57 before she was bowled by Ashleigh Gardner.

England international Maia Bouchier (32 not out) and Kim Garth (24 not out) put on an unbroken 51 for the third wicket to lift Stars to 139 for 3 from their 20 overs.

Melbourne Stars claimed their first win of the WBBL season

The target looked achievable, but in reply the Sixers found themselves bogged down by disciplined Stars bowling.

Garth claimed 3 for 17 from four overs, including the wickets of Shafali Verma and topscorer Ellyse Perry (40), while Tess Flintoff took 2 for 23 as Sydney’s heavyweight top order could not find a rhythm.

The Sixers fell well short with wickets still left in the locker, as Melbourne claimed their first victory of the campaign at the third attempt.

Please ensure all fields are completed before submitting your comment!