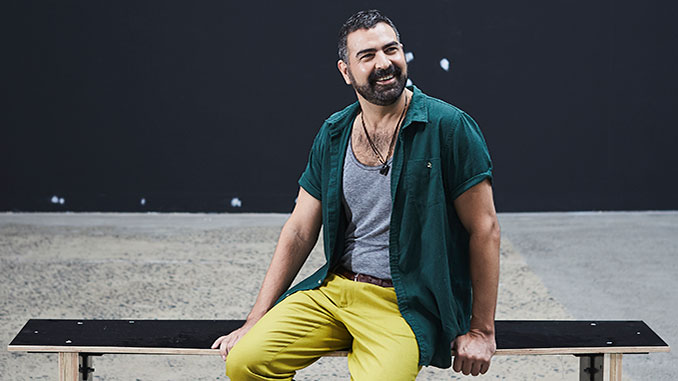 “His arts leadership, reputation and passion for contemporary Asia-Pacific arts make him a perfect fit to lead this innovative and imaginative festival that has achieved so much since it launched in 2017.”

“The team at Arts Centre Melbourne have reflected and listened to community on the future of the festival and recognise that Asia TOPA must be led by an individual with a lived experience of this region.”

“Asia TOPA is an increasingly significant platform for Australian artists working in international Asian and Pacific collaborations and partnerships. And we’re excited to be entering a new phase of the festival with Jeff.”

Our shared ambition to continue to grow opportunities for artists from the region, with Asian-Pacific heritage and the diaspora to present their work in an international context, is thrilling to consider,” said Smith.

Jeff Khan has an impressive track record as an exciting contemporary curator and Artistic Director with a reputation in the region as a cutting-edge visionary in experimental performance.

He brings with him an exciting vision for the future of Asia TOPA, having worked across performance, dance and the visual arts with a particular interest in interdisciplinary projects and experimental practices.

“I’m beyond excited to be returning to Naarm to take up the Creative Directorship of Asia TOPA. We live in a dynamic and exciting region with an extraordinarily rich and diverse array of artistic cultures – and I look forward to collaborating widely with artists, partners and the Arts Centre Melbourne team to bring brilliant artistic experiences to Melbourne from across the Asia-Pacific,” said Jeff Khan.

“It’s a true honour to be continuing the exceptional work of Stephen Armstrong and his team, who have established Asia TOPA as an internationally-recognised festival for Asia-Pacific performance. As the world opens up again, I can’t wait to get started on Asia TOPA’s next phase.”

For more than a decade at Performance Space, Khan oversaw the development and delivery of the annual Liveworks Festival of Experimental Art and programs that situates Australian practice in an Asia-Pacific context.

Performance Space is delighted to congratulate Jeff on his new appointment as Creative Director of AsiaTOPA, which is a testament to his leadership abilities and his artistic direction of Performance Space over the last decade.

“Jeff’s contribution to Performance Space and the future of contemporary arts has been outstanding,” said Chair of Performance Space, Janine Collins. For more than a decade, he has led a period of growth and international recognition for the organisation and artists.

“It has been both a pleasure and a privilege to work with Jeff since I joined the Board in 2015. We have achieved so much together,” said Ms Collins.

Jeff concludes as Performance Space Artistic Director and CEO on 31 August and moves into the role of Artistic Associate/Creative Consultant until 31 October 2022.

Khan has a distinguished history working with artists from the region and presenting their work with a sharp curatorial vision. He creates a space and place for the dynamic connection between artists and audience across multiple artforms.

Sidney Myer Fund CEO Leonard Vary said the Sidney Myer Fund was delighted that Jeff Khan has been appointed to lead Asia TOPA. “He brings with him the perfect mix of experience, vision and networks to build on the festival’s wonderful history,” he said.

“With our borders reopened and international tensions in the news, the need to develop positive and collaborative cultural connections with our regional neighbours has never been more pressing,’’ said Mr Vary.

Asia TOPA’s role in telling our stories, building people to people links across our geopolitical region, with our local diaspora and welcoming new and increasingly diverse audiences into our venues has been made possible by the generous support of the Victorian Government.

Arts Centre Melbourne would like to acknowledge the outstanding work and contribution of outgoing founding Creative Director Stephen Armstrong who led its first two highly successful festivals in 2017 and 2020.

Asia TOPA 2020 engaged artists from 22 countries and regions who performed across 56 cultural venues and spaces. The festival was presented in partnership with 72 Australian and 50 international cultural partners featuring 960 artists from the Asia-Pacific and around the world.

Asia TOPA: Asia-Pacific Triennial of Performing Arts – a joint initiative of the Sidney Myer Fund and Arts Centre Melbourne – is a three-month long festival celebrating the creative imagination of artists and cultures in the Asia-Pacific region.

The next Asia TOPA festival will be held between January and March 2025. Jeff will commence in his role as Creative Director on 13 September. For more information, visit: www.asiatopa.com.au for details.