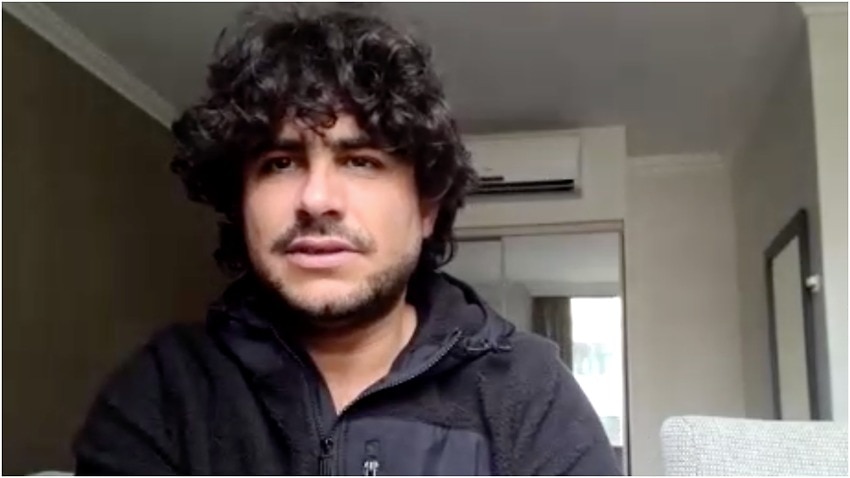 Doctors who have long warned of the dangers of the virus spreading in hotel detention told SBS News vulnerable asylum seekers have been put at risk.

“Hotels, unfortunately, have been shown to be significant places of outbreaks because of the enclosed nature of the accommodation,” Australian Medical Association vice president Dr Chris Moy said.

“Many Australians felt what hotel quarantine was like for two weeks but these individuals have been in there for months and months. And the concern that there is no end-point to this is obviously, really worrying.”

SBS News put questions to the Australian Border Force but did not receive a response by deadline.

On Sunday, ABF issued a statement that said, “all detainees in immigration detention facilities have been offered COVID-19 vaccination”.

A Freedom of Information request revealed in September that fewer than one in five people detained in Australia’s immigration centres were fully vaccinated at the end of August.

On Tuesday night, the ABF said that 61 percent of asylum seekers in its immigration detention network had received their first dose and 51 percent are fully vaccinated.

“The important thing is that asylum seekers have equivalent access to vaccination and the same access to information that’s credible,” Dr Moy said.

“COVID seeks out the most vulnerable, and in this case, those detainees would be regarded as extremely vulnerable.”

Refugees and asylum seekers in Melbourne’s Park Hotel on Sunday said they are concerned about the response of Serco and the ABF. Source: Refugee Action Collective

Before testing positive, he had initially remained on the same floor as men who were awaiting test results.

“They said you can stay in your room because you are vaccinated, but I’m pretty sure it’s unsafe,” Mr Miah told SBS News.

“I really feel nervous [because] of this news.”

Mr Miah said he was moved into quarantine after testing positive.

He has been unable to get fresh air in the hotel as the windows in his room do not open, he said.

“Our corridor is very tiny. Our rooms are very tiny. Absolutely, the virus could spread.”

Afghan asylum seeker Ahmad Zahir Azizi also tested positive for COVID-19 on Tuesday but is currently in quarantine on level one of the Park Hotel.

Mr Azizi said he had been brought to Australia for medical treatment under the Medevac legislation, but has now contracted COVID-19.

“I’m sick because I have chest pain. I have a high temperature with a headache,” Mr Azizi said.

He said an ambulance was called on Sunday after he collapsed in the shower. Two days later, he received a positive test result.

Mr Azizi said he was choosing to wait until he was released from detention to be vaccinated against COVID-19, but said he wasn’t given any information from hotel staff or health workers about the benefits of the jab.

“When I have freedom, I will have [the] vaccination.”

An ABF spokesperson confirmed on Sunday night that three men in the Park Hotel had tested positive for COVID-19.

“Standard departmental protocols are being followed in relation to a positive diagnosis including contact tracing, quarantining, testing and cleaning, in conjunction with the Victorian public health unit,” they said.

SBS News has contacted the ABF and the Department of Health and Human Services for comment.