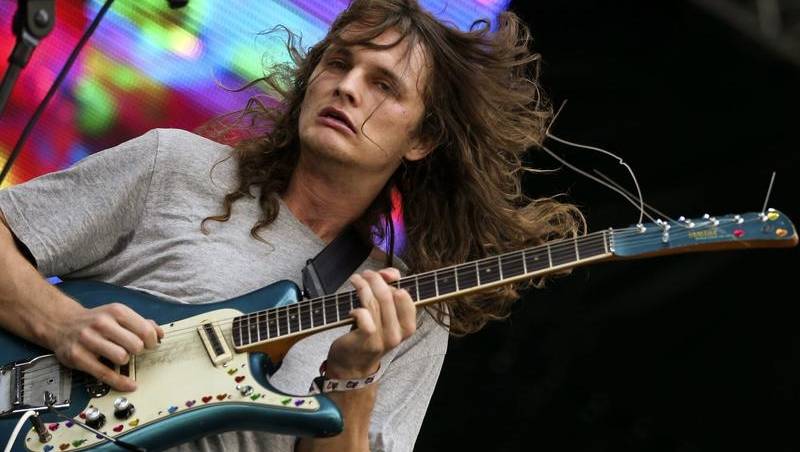 Melburnians will rock out for the first time in months, in the first test of Victoria’s COVID-19 vaccination system for large crowds.

Play On Victoria will see almost 4000 music fans at the Sidney Myer Music Bowl soak up performances by Baker Boy, Amyl and the Sniffers, and King Gizzard and the Lizard Wizard.

Grace Cummings as well as Vika and Linda Bull will also be at the October 30 event.

“This is a fantastic line-up. I haven’t been this excited since I got tickets to see Cold Chisel play at Festival Hall,” Creative Industries Minister Danny Pearson told reporters on Wednesday.

Punters will have to be aged 18 and over and will be spread out across the Kings Domain venue.

They must show their COVID-19 digital vaccination certificate and wear face masks unless eating or drinking.

“This is going to be a celebration of us, of our city, of our great state, and it is a start of a revival and a renaissance of live music here in Victoria,” he said.

Three days later, up to 10,000 punters will be allowed into Flemington Racecourse for the Melbourne Cup as part of a further test.

The Victoria Racing Club has confirmed more than 7000 tickets will go to members, while about 500 – or five per cent – are set aside for the general public.

The same ticketing allocation will apply for the two remaining days of the Cup carnival, if the state hits its 80 per cent double-dose vaccination target as forecast.

Entertainment venues cannot operate indoors until then and will still have to follow a strict density limit of one person per four square metres.

Asked whether the concert and racing crowds were a slap in the face to small operators, Mr Pearson said: “This is a trial, a test of the technology. It is a chance for people to get out.”

Opposition Leader Matthew Guy said it was “stunning” nearly 4000 people would be able to go to a gig when retail businesses could still be closed.

“The concert is great but for God’s sake get people back to work again,” he said.

Despite the return of crowds, a local Victorian government has already pulled the pin on New Year’s Eve celebrations over QR code complexities.

Surf Coast Shire Council has announced the annual fireworks display in the tourist town of Lorne won’t go ahead for a second year in a row.

“The requirements for planning an event of this scale are such that we need to make the decision now.”

A proposal for New Year’s Eve events in the Melbourne CBD is awaiting state government approval.

“We are definitely planning to deliver a celebration because more people in the city means keeping people in jobs and our restaurants, bars and cafes full,” Melbourne Lord Mayor Sally Capp told AAP in a statement.

“The more people who get vaccinated, the bigger and better our events will be.”