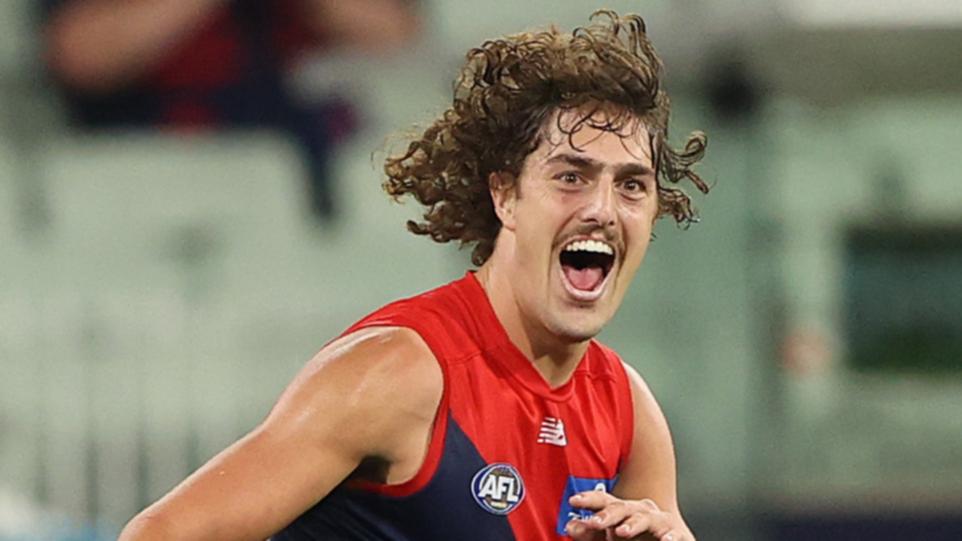 It’s believed Fremantle are in the hunt to snare the ruckman, who remains undecided on his future beyond this season and is out of contract at the end of the year.

Money won’t be a deciding factor in the 20-year-olds decision with the Eagles, Dockers and Demons all expected to offer him a similar deal.

Longmuir wasn’t willing to comment on Jackson specifically but said Fremantle’s list management committee were in constant dialogue on a number of opposition players.

“Those conversations are always happening behind the scenes with a number of players,” Longmuir said.

“It’s not my job to talk about those things publicly. I’ve done that in the past about certain players and regretted it straight away because if the shoe was on the other foot, I wouldn’t like opposition coaches talking about my players that way.

“It’s for me to publicly comment on. It’s up to Wallsy (David Walls) and Peter Bell to work on behind the scenes.

“Those meetings happen at every club around a number of players. I’ll let them do their jobs.”

If he were to request a trade to Fremantle, Jackson may be required to accept the role of forward/ruckman for the bulk of his career because Sean Darcy is 24, an established star and just entering his peak years.

The Dockers could also develop a decent war chest to secure his signature, with regular contributors Blake Acres, Griffin Logue, James Aish and David Mundy all unsigned beyond this season.

If Jackson decides to return to Perth, he would accept a long-term deal, probably at least five years, to settle in his home city and be close to family.