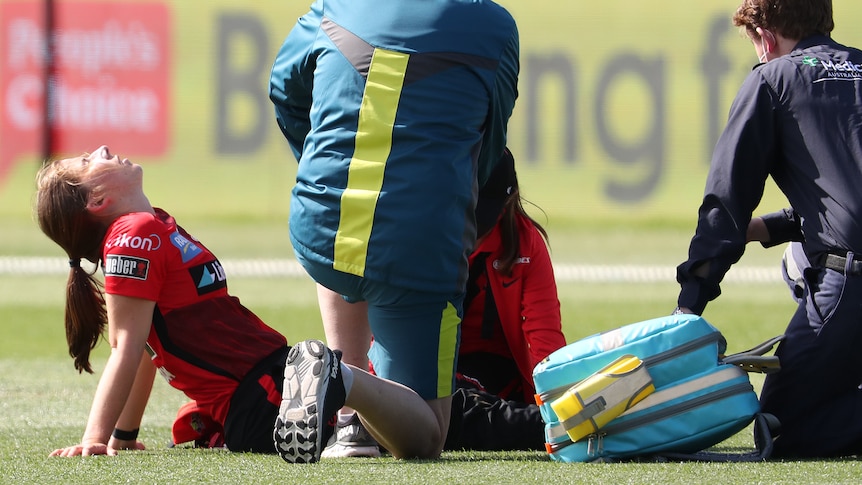 Young leg-spinner Georgia Wareham faces a lengthy spell on the sidelines after suffering a ruptured ACL during the Melbourne Renegades’ WBBL clash with the Adelaide Strikers.

Wareham collapsed to the turf while fielding during Wednesday’s game, with subsequent scans confirming the extent of the injury.

The 22-year-old previously suffered the same injury to the same knee while playing Australian Rules football when she was 14, and opted to undergo a synthetic LARS treatment at the time.

“Whilst in the field yesterday she had an instability episode of the left knee resulting in a rupture of the graft,” Australian team doctor Pip Inge said.

“As a result she will be unavailable for the remainder of the WBBL season.

“Cricket Australia and Cricket Victoria medical staff are working in consultation with Georgia on the longer-term management plan.”

Wareham made her Test debut for Australia last month against India on the Gold Coast.