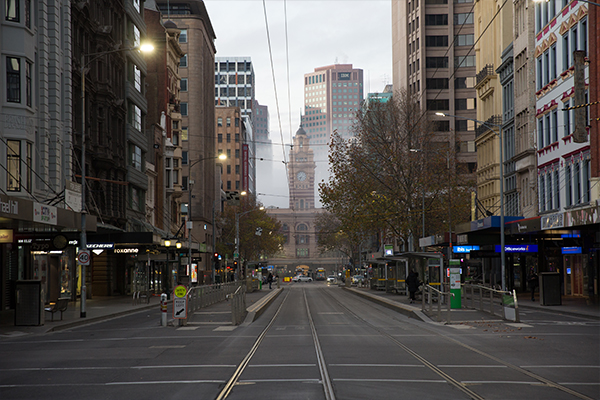 Melbourne’s population is expected to continue to shrink until late 2022, according to the latest City of Melbourne predictions.

It comes as the city struggles with the effects of the pandemic, with international travel halted and some Melburnians moving interstate after enduring the world’s longest lockdowns.

But emeritus professor of public policy and the social economy at RMIT University, Professor David Hayward, says a smaller population doesn’t necessarily mean a smaller economy, and it could have a positive long-term impact.

“If you have population growth it’s an easy way to drive consumer markets and for us to expand and have more jobs … but they’re low paying jobs, so they’re not the sort of jobs we want if we want to have innovation or investment, critically, to put us ahead of the pack,” he told Ross and Russel.

“If you took away that little easy lever of migration maybe we’ll force businesses to become cleverer in the way they invest and it’ll benefit Australia in the longer term.”