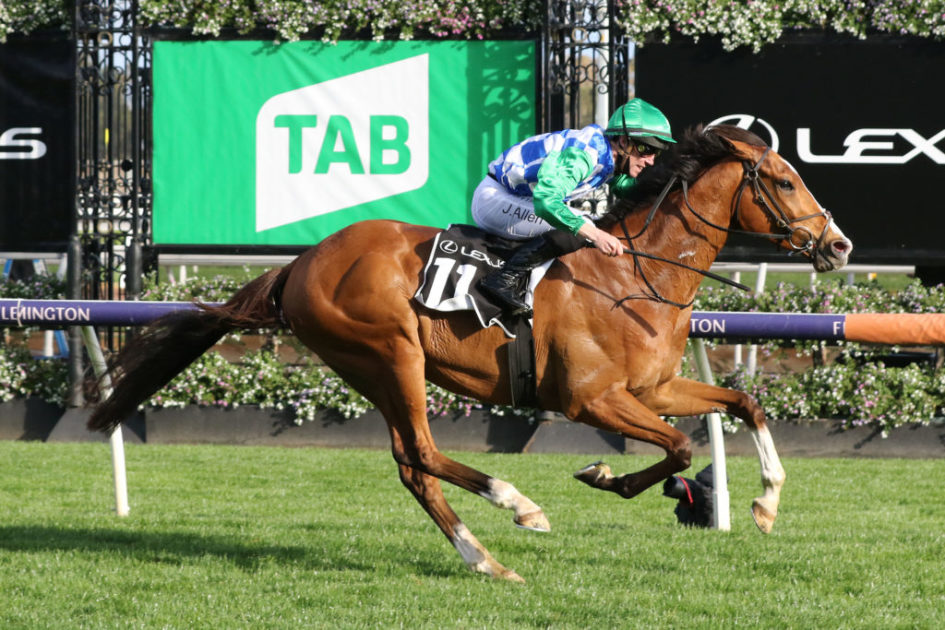 Champion jockey Kerrin McEvoy has been booked to ride Grand Promenade in the Melbourne Cup.

McEvoy, a three-time winner of the race, was approached by trainers Ciaron Maher & David Eustace once it was confirmed that Sydney jockeys were allowed to travel to Melbourne for the carnival.

Grand Promenade heads to the Cup in good form, winning the G3 Lexus Bart Cummings (2520m) at Flemington on October 2, and given his race pattern, McEvoy feels he’ll relish the 3200m Cup trip.

“I’m looking forward to coming down for the Cup again, it’s been a little bit of a waiting game to see if we can get down and we’ve had to duck and weave a little bit,” McEvoy said on SEN Track’s Bensley.

“It’s exciting to be able to come down and nice to be able to team up with Ciaron Maher & David Eustace and obviously Grand Promenade is well in the market and rightfully so.

See you on the first Tuesday of November. 🤝

Grand Promenade was targeted to win this race and that’s exactly what he did. 👊@cmaherracing @FlemingtonVRC pic.twitter.com/held7aOzhd

“He looks a genuine horse and he’s got a great record at Flemington.

“This horse was a good winner in the Bart Cummings and the ownership group and Ciaron and Dave were kind enough to give me the ride, it was exciting.”

In his last two runs, the gelding has carried 55kg’s and on the first Tuesday in November, he’ll carry 52kg, which McEvoy feels is a definite advantage.

“He’s been pretty dominant in those long-distance races and carrying big weight so he’s going to drop down to 52kg in the Cup and that’s going to assist as well I reckon,” he added.

“It’s important to try and get a horse with an attractive weight on his back and this horse could be the one.

“There’s been a lot spoken about Incentivise and he’s got 1.5kg more to contend with and how much does that bring him back to the rest of the field, we’ll find out once the gates open.”

Grand Promenade is currently the third favourite ($13) in the feature.