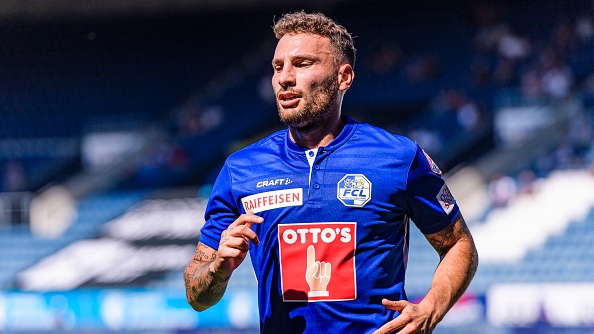 Margiotta joins the A-League club from Serie B side Chievo Verona.  The forward has most often been utilized as a sole striker or in a two striker formation.  He arrives at Victory after nearly a decade of play in Europe.

The 28-year old started his footballing career at Juventus, coming through the club’s academy.  While he would never play for the first team, Margiotta would go on loan to play at a number of Italian Serie C and Swiss clubs.

He made his senior team debut in 2012 on loan for Carrarese Calcio.  He spent the next two seasons on loan at Italian sides Venezia FC, AC Monza and Real Vicenza VS.  Juventus would then loan him to Swiss Super League side Lausanne Sport.

Margiotta would make the move permanent and remained with the club when they were relegated to the Swiss Challenge League.  He then moved to Swiss Super League side Luzern in 2019 with whom he won league’s Golden Boot. He then moved to his most previous club Chievo last season.

In total he arrives in Australia with over 250 senior European club appearances and over 50 goals in his nine years of play.  Speaking of his move Margiotta said:

“I have heard a lot about the team, the League and Australia’s passion for football”.

“Melbourne Victory has built a strong squad of which I am excited to be a part of.

“I have seen footage of the stadium and the fans and I am looking forward to playing in front of the Club’s passionate supporters and helping the team succeed in 2021/22.”

“Francesco has built his career on being a commanding centre forward and we’re confident he will play an important role for Melbourne Victory this season,” Popovic said.

“He has been a proven goal-scorer at a range of levels across Europe and will complement the exciting, attacking players we already have within our squad.”

With the addition of Margiotta, Melbourne Victory have signed twelve players during the offseason. He is also the club’s last visa player after the additions of Ivan Kelava, Marco Rojas, Roderick Miranda and Rai Marchán.

A-League’s Wanderers sign Spanish goalkeeper: ‘I am a big fighter’

Melbourne Victory opens it’s 2021-22 A-League season against Western United on November 20, 2021.  Their first six rounds of the upcoming season can be found using this link.