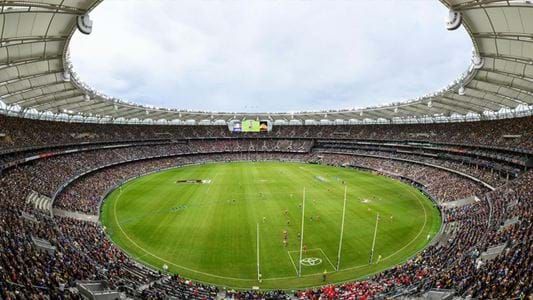 A Melbourne man who travelled to Perth has been fined $7,000 after using false document in an attempt to watch the AFL Grand Final at Optus Stadium.

Daniel Jovanovski’s pleaded guilty to five different charges, including failing to comply with a COVID law and fraud.

He was taken into custody the day of the Grand Final on September 25, and will face another month locked up, only being released once his fine can be paid.

The 22-year-old travelled into the state on September 24, falsifying to authorities his arrival from South Australia and producing false personal documentation.

Further investigations revealed he had travelled to South Australia from Victoria, and did not complete the required 14 day quarantine stay.

Jovanovski didn’t get to see the Grand Final, as he was arrested the day prior.

He was arrested at a Perth hotel the day after he arrived, and he didn’t get to see the grand final.

The 22-year-old said he had been tested for COVID several times since his arrest and the results had been negative.

Magistrate Matthew Holgate said his plan was not sophisticated, explaining the severity of his actions.

“You didn’t make it to the grand final because of the relative lack of sophistication of your plan,” he said.

“You didn’t spend a number of days out and about in the community before the grand final.”

Get the latest breaking news from SCA newsrooms around Australia. Short, simple and everything you need to know.