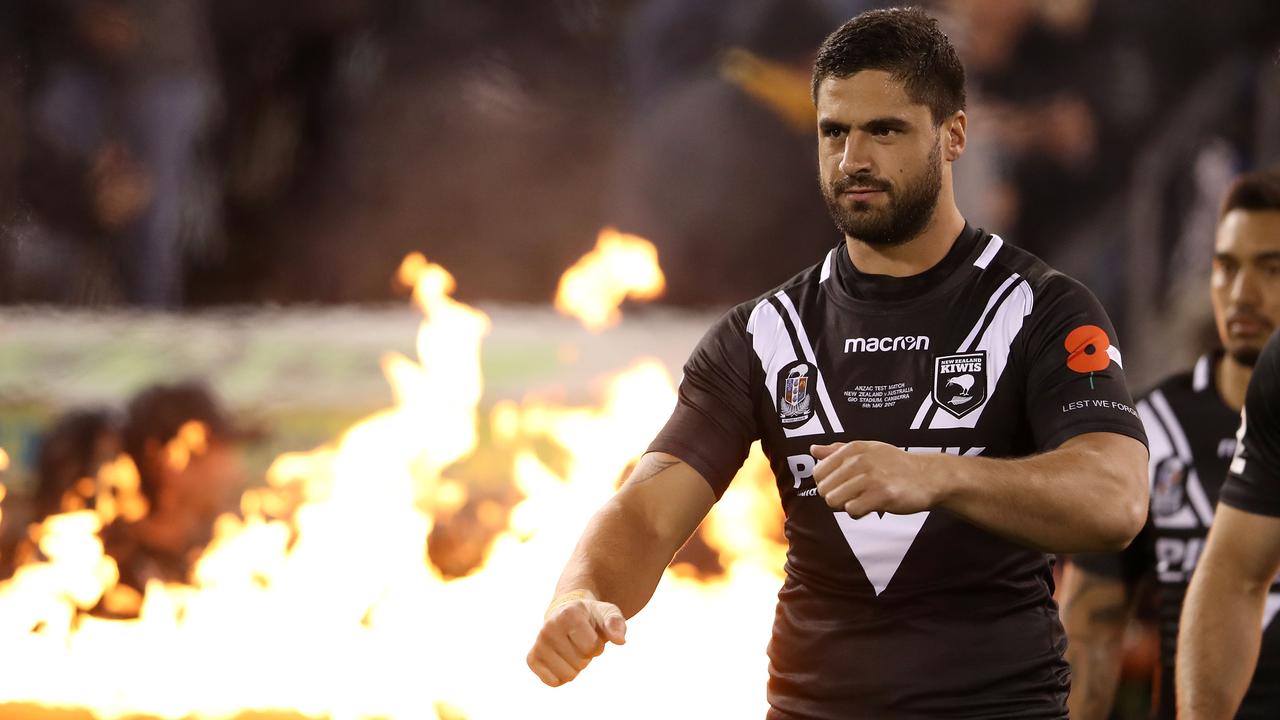 Five years ago Jesse Bromwich gave up the New Zealand captaincy amid a drugs scandal, but he is now back in charge.

Five years after Jesse Bromwich lost the New Zealand captaincy he’s been given the job back and the Storm star will lead the Kiwis against Tonga in Auckland on Saturday.

Bromwich, the Melbourne Storm captain, surrendered the Kiwi captaincy in 2017 when he was involved in a drugs scandal outside a Canberra nightclub following an Anzac Test.

At the time Bromwich took full responsibility and the Storm slapped him with a two-match ban.

But Kiwis coach Michael Maguire said the now 33-year-old, who is the most capped player in the squad, had earned back the respect of his teammates and was most deserving of getting the captaincy back.

“It‘s a tribute to Jesse and the work he has done that has seen him earn respect as a true leader with Melbourne,” Maguire said of the 33-year-old.

“He’s again co-captain for the Storm this season which speaks volumes for the regard he’s held in at such a great club.”

Bromwich, who has played 29 times for New Zealand since making his international debut in 2012, takes over as captain from Benji Marshall, who retired at the end of last season.

He’s in his last season with the Storm, having signed on with the NRL’s newest team, the Dolphins, for 2023.

The Kiwis haven’t played a Test since 2019 and the clash with Tonga will be the first match at Mt Smart Stadium since the Warriors’ last NRL game there in August 2019.