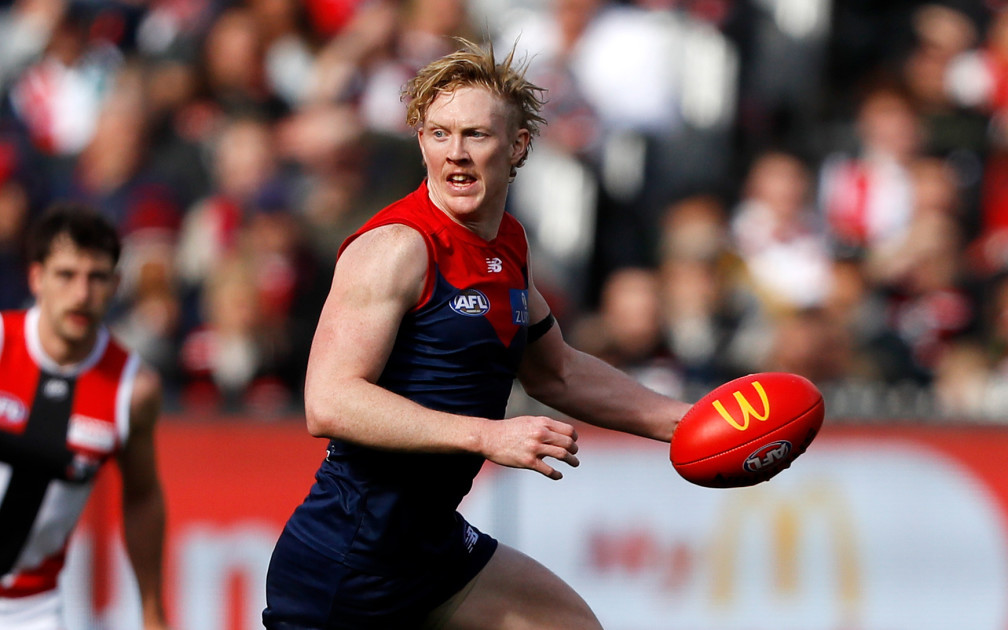 SEN’s Andy Maher and Josh Jenkins are in agreement that Clayton Oliver is all but guaranteed to win the 2022 Brownlow Medal.

Oliver, 24, is enjoying another mind-boggling season for the reigning premiers, putting up remarkable numbers as one of the league’s premier on-ballers.

Off the back of another pivotal performance against Brisbane on Thursday night that could net him a further three votes, Maher dubbed Oliver the one to beat.

“I think he’s as good a thing in the Brownlow Medal this year… I think he’s a moral (to win),” he said on SEN’s The Run Home.

Oliver is currently the second favourite to claim the coveted award behind Brisbane superstar Lachie Neale, who finished with 22 disposals and seven clearances in the Lions’ 64-point loss to Melbourne on Thursday night.

Maher and Jenkins spoke further about the Melbourne midfielder and why he’s set to improve on his third-place finish in last year’s count.

Read the transcript between the two below

Maher: “Does anyone get to more contests in the AFL than Clayton Oliver?

“No wonder he gets 35 touches a week, every time the ball gets bounced (he’s there).”

Jenkins: “I’m with you in terms of the Brownlow, I think he’s a certainty. He’s only dipped below 29 possessions once.”

Maher: “So he ran second or third in it last year… all the blokes who he was around last year, Marcus Bontempelli, Ollie Wines, they’re not going nearly as well this year.”

Jenkins: “I spoke to Matt Egan who works at the Cats and formerly used to work at the Dees, Matt said he is the midfielder that can go for the longest that he’s ever seen.

“The midfielders have six minutes on, two off, eight on, (but) he can just go for 18 minutes straight before he needs a rest, he had a 14-second rest last night (Thursday). He can just charge, he’s a big beast at the moment.”