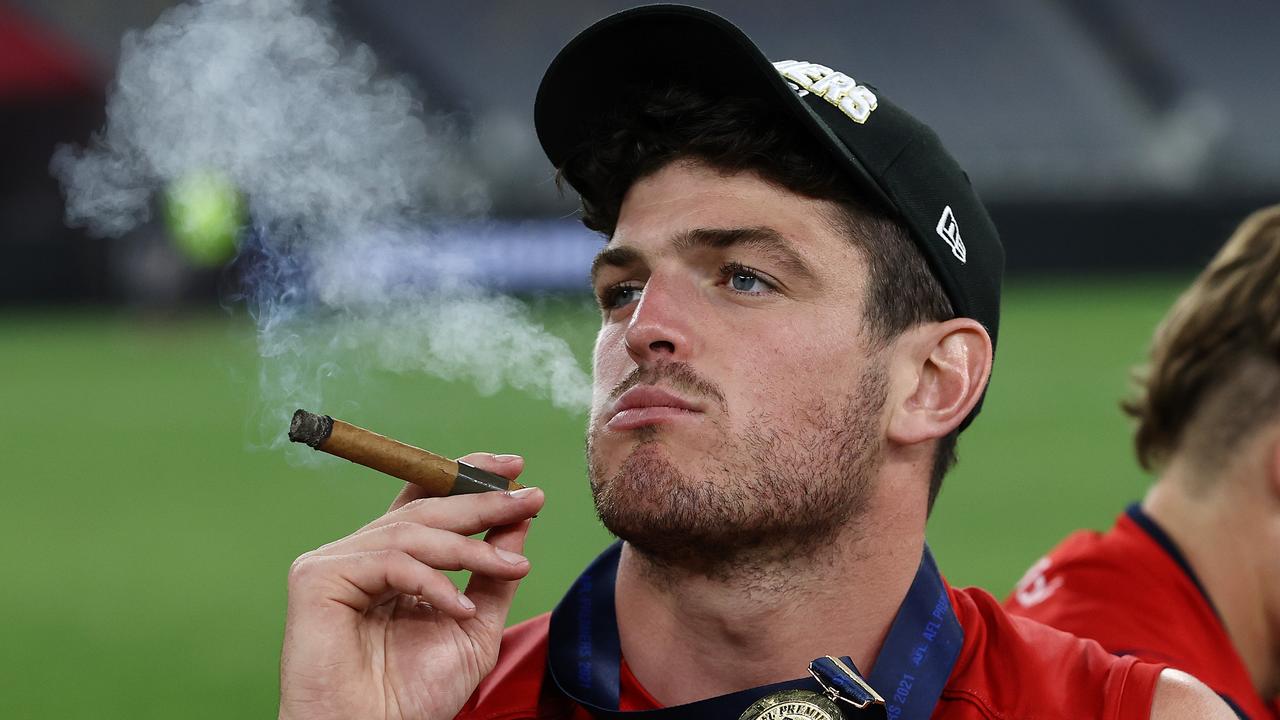 Melbourne’s path to the drought-breaking 2021 premiership was full of twists and turns – but spare a thought for winger Angus Brayshaw, who had to endure a self-inflicted scare during the biggest week of his life.

With the Dees free of lockdown restrictions in Perth during the build-up to the decider, foxfooty.com.au understands that, with innocent intentions, Brayshaw headed off to see brother Andrew after the captain’s run on the morning of Grand Final eve.

While that itself is nothing to write home about, there was one problem that had escaped Brayshaw’s thinking – there was an all-in meeting that afternoon.

Now about 30 minutes into a 45-minute drive back to Joondalup with older brother Will, an unsuspecting Brayshaw received a call from teammate Jake Melksham, who like all other club officials was sitting in the meeting, which had gotten underway.

Floored, a panicked Brayshaw hung up and immediately dialled coach Simon Goodwin, going into full damage control mode on the eve of the biggest day of his life.

Luckily for the 25-year-old, Goodwin, as he had been for virtually the entire year, responded in a calm, cool manner to the challenge presented to him.

The only real penalty for Brayshaw was obvious – given it was one implemented throughout the season for any latecomers.

Greeted by a cheer upon his arrival, Brayshaw was tasked with a two-minute plank – thankfully a far more manageable obstacle than what could’ve been imposed ahead of the club’s biggest day of the century so far.

Just over 24 hours later, Brayshaw had a premiership medallion around his neck after a 25-disposal performance, with a goal to match.