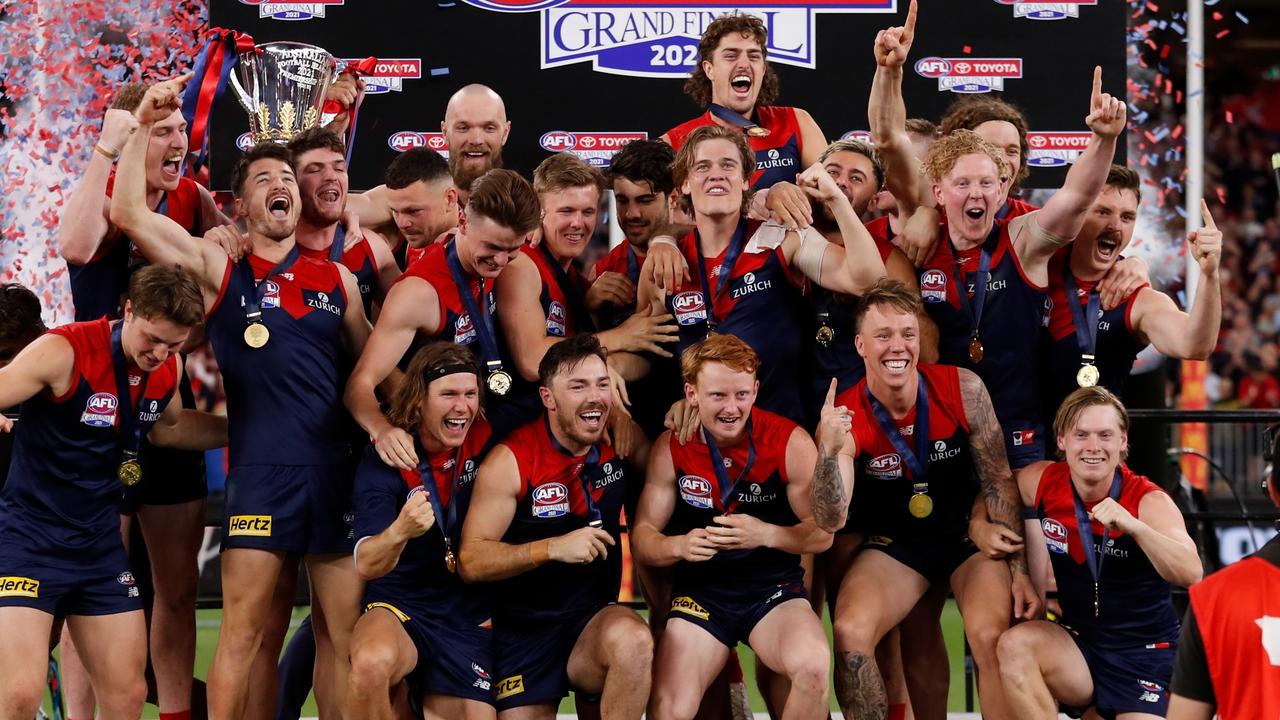 Melbourne has asked the AFL if it can host a “spectacle” Grand Final rematch against the Western Bulldogs in Round 1, vowing to open its 2022 campaign with an event that’s “more than a game”, according to club chief executive Gary Pert.

It comes as The Age reported the traditional Carlton-Richmond clash would again open the season, which would mark new Blues coach Michael Voss’ first match in charge.

Melbourne also wants to feature in a Round 1 prime time slot next year so it can unfurl its first premiership flag in 57 years in front of supporters at the MCG.

After Melbourne spent most of the back-end of its 2021 campaign interstate – including claiming its drought-breaking premiership in Perth – Pert said there was strong support for the Demons’ proposal to face the Bulldogs in next season’s opening round.

“As much as they enjoyed what went on in Perth, the Demons supporters feel like they missed out on the experience,” Pert told The Age.

“That’s why I called the AFL straight after the Grand Final to say: ‘Let’s look at creating a Grand Final replay at the MCG (in the) first round.’ Channel 7 is really open to it, the MCC is keen.

“It would be very much about, for both clubs’ supporters, a chance to say: ‘your amazing support for the whole year when you couldn’t get to games was incredible … and this is the closest we can do.’

Prior to the Grand Final, the Bulldogs and Demons met twice during the 2021 home and away season, but both matches were played in front of no fans due to Covid-enforced state lockdowns.

“We will work with the MCC to make it more than a game and try to make it a spectacle and help launch the first round, particularly the fact that it’s potentially for a Friday night,” Pert said.

“This is just what we’ve asked for; whether the AFL will schedule it is another thing.”

The Carlton-Richmond clash has become part of the AFL’s list traditional of traditional match-ups, which includes the Collingwood-Essendon Anzac Day game, Geelong-Hawthorn Easter Monday match and the Essendon-Richmond Dreamtime fixture.

The Blues and Tigers have met in Round 1 in 13 of the past 14 years, with Richmond winning the past eight consecutive encounters.

Despite the lopsided win-loss ratio since 2013, the AFL is set to stick with the match-up top open the season in the Thursday night timeslot as it draws a significant crowd and TV audience.

Triple premiership Cat Jimmy Bartel said despite the option of fixturing a strong Dogs-Dees Grand Final rematch to open next year’s season, the Blues and Tigers should still play this first match.

“Do you go against the grain of that? Because if you change it one year … that opens up the door every year for every other club to go ‘Why not us?’

“The point I’m making is this is not just a ‘this year thing’. So if you change it to Melbourne-Bulldogs, well then every year it changes, doesn’t it?”