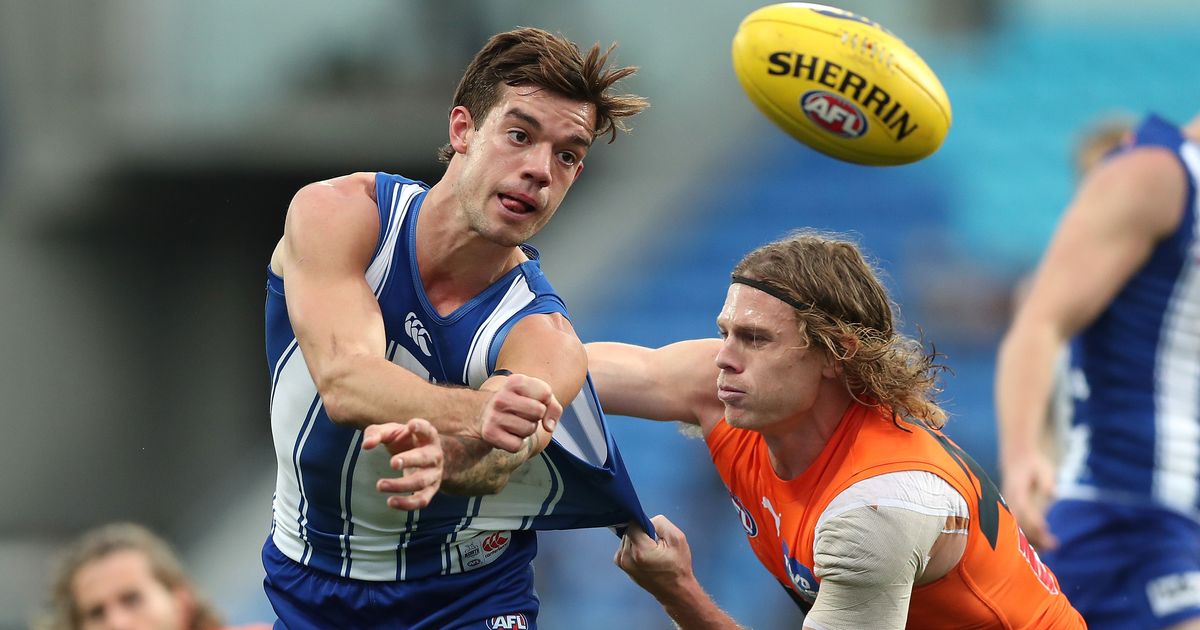 NORTH Melbourne star Jy Simpkin has signed a new deal to remain a Roo until at least the end of 2024.

Simpkin, 23, is coming off a career-best season where he won his first Syd Barker Medal.

“I’ve signed on until the end of 2024 which is really exciting … I’ve been committed to North for a long time and they’ve given a lot to me,” Simpkin told North Media.

“I’ve worked to get into the position where I am today to be at this club. I’m really faithful to the club and I’m really looking forward to the future.

“If we can keep this mix going and keep the energy and vibes around the club … I’ve got no doubt in my mind we’ll be playing September footy quicker than what other people think.”

Simpkin’s late season form saw him storm home to win the best and fairest from veteran tough nut Ben Cunnington, who showed his emotional side at the Syd Barker Medal count.

“He’s (Cunnington) got this big persona off-field where he’s this big angry man who doesn’t speak to people … or just gets fishing and does what he does,” Simpkin added.

“Everyone got an insight into what ‘Cunners’ is actually like, he’s such a genuine bloke and he cares so much about the players, the coaches and everyone at the club.

“It was pretty emotional on the night. Luckily he wasn’t in the studio, because I probably wouldn’t have been able to speak, I would have given him a hug and cried with him.

“I love ‘Cunners’. He’s helped me so much in the last few years to get me where I am today. He’s an awesome fella.”