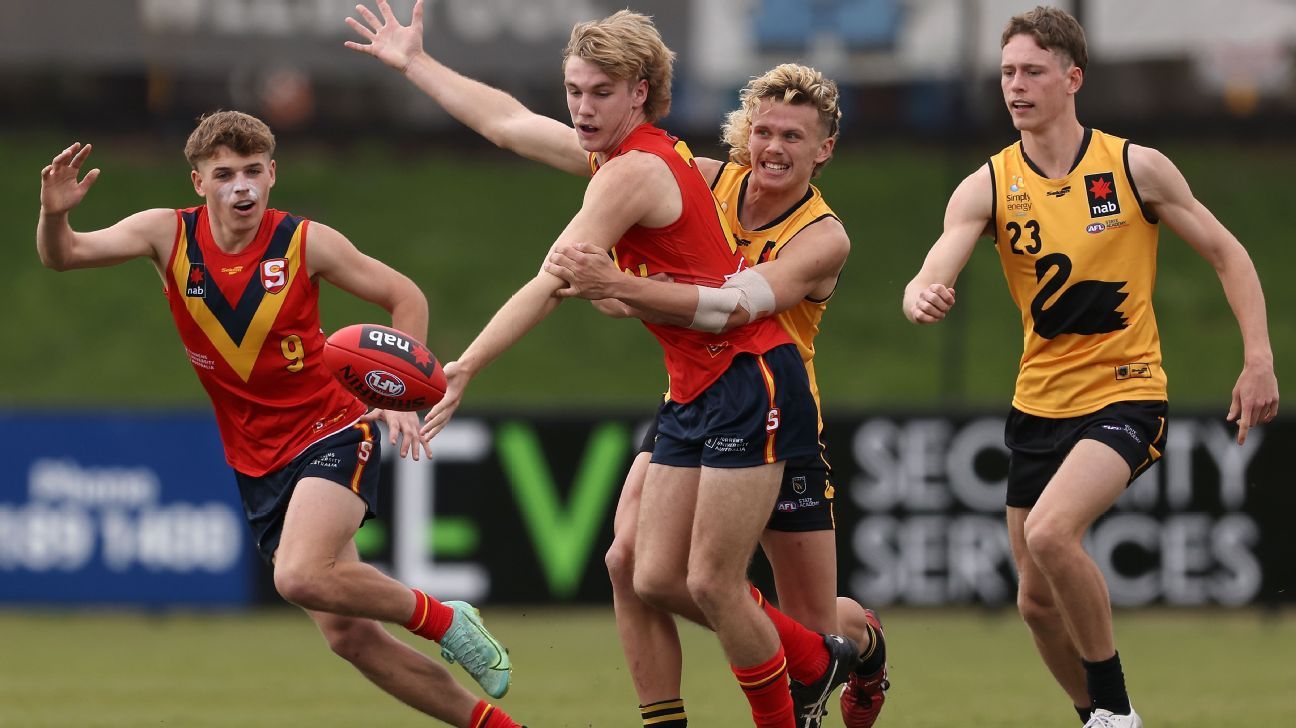 The Kangaroos are set to open this year’s draft by calling out Horne-Francis’ name.

After claiming this year’s first wooden spoon since 1972, North Melbourne have the first choice in a draft for the first time.

Horne-Francis, 18, is the standout choice among the 2021 crop of prospective draftees after an accomplished two seasons in senior ranks for SANFL club South Adelaide.

The AFL is back! Time to test your footy know-how against your friends, family and coworkers. Set up or join a tipping competition NOW!

• Tip now at ESPNfootytips
• Round table — New rules?
• Crowds are back in Victoria!
• Get AFL news and more in your inbox
• Head to ESPN’s Home of AFL

Clayton, who has worked in recruiting in the AFL for almost three decades with a number of clubs, could not be more excited about the versatile midfielder.

“It’s a big mantle to carry for your whole career and this young man will carry it amazingly well,” Clayton told a question and answer forum with Kangaroos members.

“The thing that jumps out is he wants to be No.1, I just get that feeling.

“He’s as good as any number one in years that I can remember.

“There’s been some great players and he has the attributes of some of those players.

“He has the attributes of (Brisbane Lions legend Michael) Voss and (Geelong star Patrick) Dangerfield with that power and speed and enduro combination that the great players have, Dusty Martin being another one.

“He’s determined, he’s very assertive, he’s got everything we meticulously rate and mark.

“The thing that stands out more than all of that is he’s a great teammate and that appeals to us more than anything.”

That sort of praise does not come much bigger when you consider the careers of some No.1 picks, including Hodge and Riewoldt, who became AFL greats.

Sam Walsh, who was taken first by Carlton in 2018, is already one of the AFL’s best players after just three seasons with the Blues.