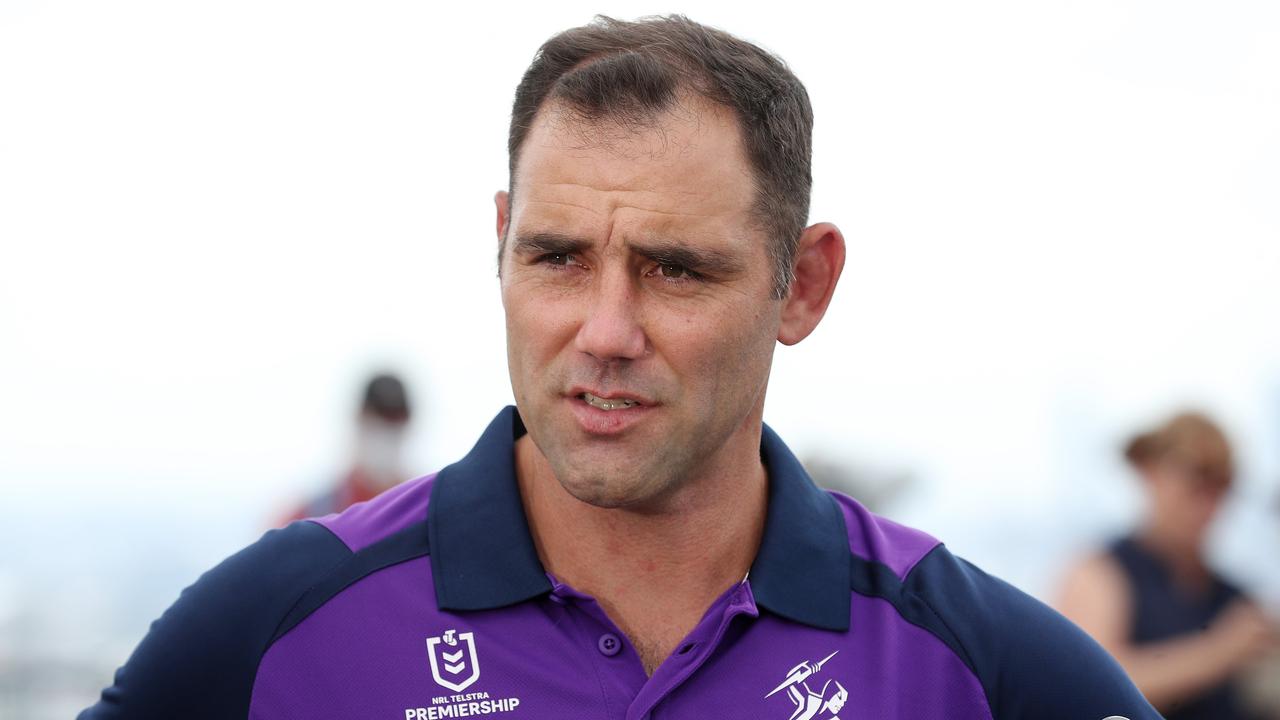 Debate has reignited around the controversial tactic after Brisbane Broncos forward Patrick Carrigan was given a four-game suspension for a hip drop tackle on Jackson Hastings, which resulted in the Tigers playmaker suffering a broken fibula.

Stream every game of every round of the 2022 NRL Telstra Premiership Season Live & Ad-Break Free During Play on Kayo. New to Kayo? Start your free trial now >

Panthers great and Fox League commentator Greg Alexander said on SEN radio the Storm were the first team to introduce the hip drop tackle, a claim which Smith strongly denied.

“Brandy (Alexander) is a great analyst of the game and one of the greatest players of our game,” Smith said on SEN on Thursday.

“I just don’t know how he came up with that comment.

“To single out one club and to say that they introduced that tackle into our sport, that’s over the top.

“I can’t ever recall seeing Brandy at one of our training sessions throughout my career and my 20 years at Melbourne.

“I work with Brandy on our radio station and he’s a great fella, but to single out the Melbourne Storm, that’s really unfair, really unfair.

“To say that a club or even clubs now are practising or teaching their players to fall into the back of legs, I think that’s a little bit over the top.”

Hip drop tackles occur when a third player enters and attacks the ball carrier’s legs, which has resulted in serious leg injuries such as broken legs and ruptured ACLs.

Smith believes hip drop tackles have become more prominent in the NRL because referees are no longer rewarding players for one-leg tackles.

“There are no rewards for leg tackles anymore,” he said

“Players are taught to have multiple defenders be in the tackle.

“If someone makes a tackle low around the legs, as soon as the ball carrier hits the turf, the referee is screaming at the tackler to release.

“So why would you perform that tackle anymore when you’re not rewarded for it?

“You are giving an advantage to the attacking team (because) you get to play the ball quickly.

“That’s completely against what you are trying to do in slowing the ball down.”

Smith said hip drop tackles are used “all the time”, adding the onus is on the NRL to clamp down on the tactic.

“If you actually watch the game closely and you watch every tackle, these tackles are performed all the time,” he continued.

“You could almost find one of these tackles in every set. But it’s not until someone gets injured or there’s a really, really ugly, messy looking tackle where someone’s legs get caught and they get bent back over the defender that’s sat down on those legs.

“Maybe the way for the NRL to go if they want to eliminate these tackles from our sport, the Match Review Committee (MRC) need to start going through these games with a fine tooth comb and anytime something like this is performed, then the player needs to be notified and even charged.

“I don’t know whether it’s a fine to start with, if it’s a less dangerous hip-drop tackle and there’s no result of injury, just to say, ‘Hey mate, we’re onto ya’.”

Carrigan’s suspension is a blow to Brisbane’s top four chances. The Broncos take on the Sydney Roosters tonight in a clash that looms as crucial for the finals hopes of both teams.