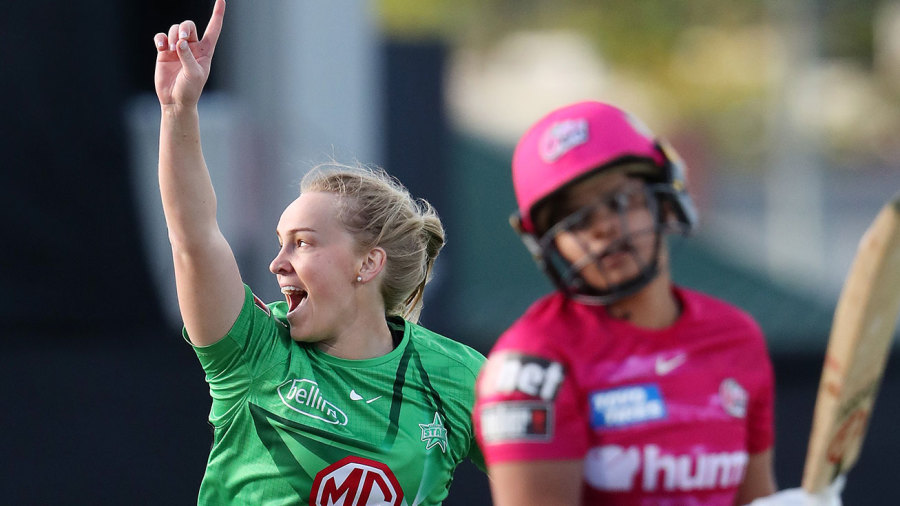 Annabel Sutherland‘s half-century coupled with the key wicket of Alyssa Healy helped Melbourne Stars secure their first victory of the season against a Sydney Sixers side who chased poorly.

Sutherland’s 57 off 50 balls laid the platform for Stars before Maia Bouchier provided late impetus with three boundaries off the last five balls she faced in a partnership of 51 with Kim Garth.

Former Ireland allrounder Garth then struck in her first over to have Shafali Verma caught behind and Sixers’ chase never really got off the ground. Attempting to cut loose, Healy found deep midwicket against Sutherland in the sixth over.

Ashleigh Gardner struggled for her usual tempo and was then well caught at point and the asking rate kept escalating before Tess Flintoff struck in consecutive deliveries.

Ellyse Perry, who top-scored with 40 off 43 balls in a new role at No. 4, did not find the boundary between the 12th and 19th over by which time it was too late for Sixers.

Stars had started positively in the powerplay before Gardner struck with her first delivery to remove Elyse Villani. Meg Lanning edged a drive against Stella Campbell and when Gardner also ended Sutherland’s solid innings, Stars were in danger of losing their way.

They did not bring up their hundred until the first ball of the 17th over but Bouchier, the English overseas player, and Garth kept their cool to amass 40 from the last four overs which would prove game changing.