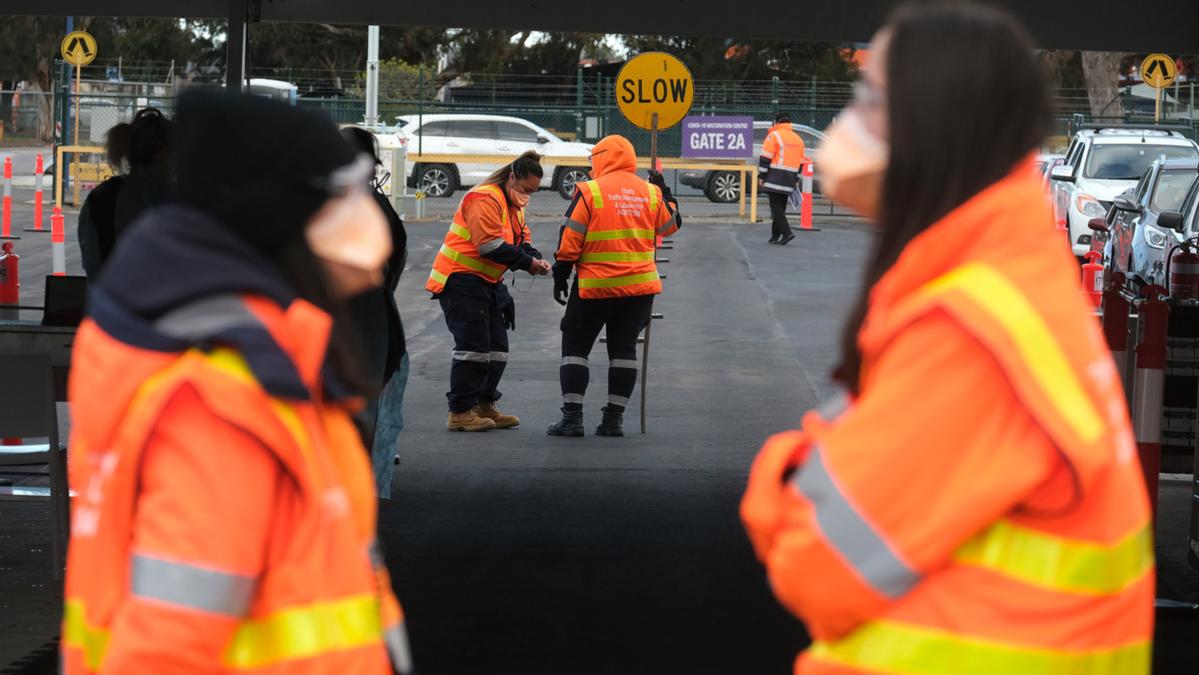 A COVID testing site traffic controller was raced to hospital on Monday night after a car allegedly smashed into him when the driver was asked to move.

The incident unfolded at the Thompson Rd testing site in the outer southeast Melbourne suburb of Cranbourne at about 5.30pm.

The male driver was told to move his Subaru forward but then allegedly took off at speed, hitting the worker.

Police say the 32-year-old motorist then ploughed into the back of a Ford, which crashed into a Nissan which then crashed into another Ford.

The Subaru then spun and hit another car in an adjacent lane.

The 22-year-old worker was taken to hospital with a suspected broken arm and other injuries.

Police say the motorist later returned a breath test result of 0.076. They are now awaiting the results of a blood test after the man allegedly returned a positive oral fluid test for drugs.