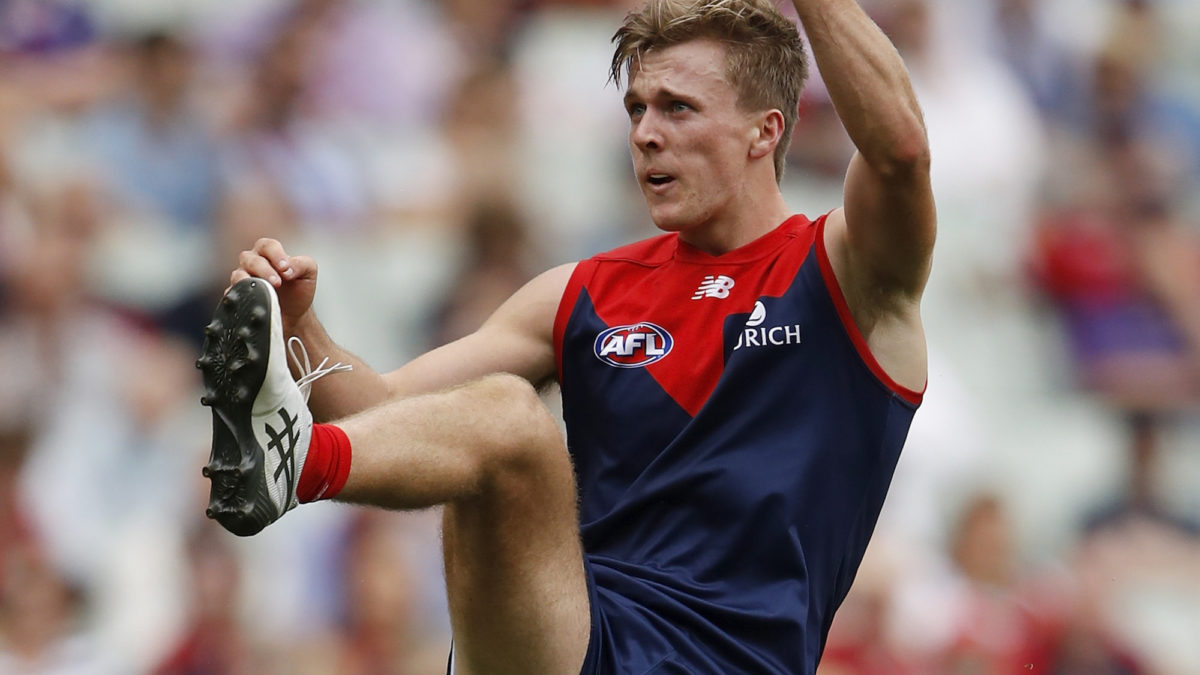 A
Set the default text size

Melbourne and Geelong are the two heavyweights of this AFL season.

Fremantle and Carlton are fading, as they were always going to. Brisbane keeps fluffing their lines. Sydney are too inconsistent. And Collingwood are riding a wave of momentum and good fortune that surely can’t take them all the way.

The Western Bulldogs and Richmond can’t string good games or even quarters together, while St Kilda simply aren’t good enough.

But lots of teams have good players. And even the Demons and Cats have had plenty of years with those players where they haven’t won a flag. Your guns can take you so far, but without the team around them, it’s difficult to hoist that cup on the last Saturday in September.

But who are the players currently helping separate Geelong and Melbourne from the pack.

At the Cats, Tyson Stengle is in All Australian calculations and Sam De Koning is second favourite for the Rising Star award. They have been huge influences in taking their team to the top of the ladder, but are receiving their appropriate notices.

The trio of Tom Atkins, Brad Close and Max Holmes have propelled Geelong from a perennial top four threat into one that is now capable of going all the way.

Atkins and Close were mature rookie draft selections in 2019 and 2020 respectively, while Holmes was taken in the first round of the national draft after the 2020 season. They started this season with less than 100 games between them, and are at various stages of their football life, but have transformed Chris Scott’s team.

Standing only 180cm, Atkins is still as versatile as any member of the Cats line-up. He started as a pressure forward, was a running defender last year, and is now as hard a midfielder as there is. His tackle and stoppage pressure releases the higher profile mids, but he also lowers his eyes as well as any wearing hoops.

Here’s a statement. No-one at Geelong has better vision or hands than Brad Close. He is constantly putting teammates in good positions with his creativity, and has a knack for being in the right place at the right time when a goal is needed, kicking it himself or setting it up. His closing speed inside forward 50 is important with Tom Hawkins next to him, and works up and back across the field.

Max Holmes plays more of an outside game, using his enormous tank to great effect. He’s developing a reputation for putting himself in clever positions, suggesting a football brain that is only going to be educated further the more football he plays. His disposal was shaky at times in his debut year, but has drastically improved.

These players are the types that Geelong desperately needed to push for a premiership, after failing with the likes of Luke Dahlhaus and Shaun Higgins plugging away.

Melbourne’s most storied players haven’t always been at their best this season. Gawn has spent more time forward and been injured. Petracca has had quiet patches. Oliver has been prolific as always, and often excellent, but also wasteful and not yet near his best since breaking a hand.

Tom Sparrow, still just 22, was the sub on seven occasions last year before cementing his spot for the finals, where he performed superbly. He’s had incremental rather than exponential growth this season, and while he hasn’t yet had breakout game or even moment, he’s clearly in the best 22 now and a maturing part of the midfield rotations.

James Jordon is also a confirmed part of the midfield now after being the sub through those September finals. The ‘tough’ wingman is in vogue right now, and he fits that bill in never taking a backward step. He’s not Ed Langdon in terms of holding his position and providing run and drive, and is more effective as a defensive wingman for the moment.

Harry Petty is another valuable part of the Melbourne line-up, the foil for May and Lever. Richmond had David Astbury for Alex Rance and Dylan Grimes. Hawthorn had Ben Stratton for Brian Lake and Josh Gibson. You just love a footballer who doesn’t do a lot wrong, is ultra-competitive, and knows his game intimately – when to spoil, when to mark, how much to bite off when using the ball.

Make no mistake, Melbourne and Geelong will be meeting in September, and the six players mentioned above will be as crucial to the chances of their team as any.

Atkins will be going toe-to-toe with Oliver, Petracca and Viney at the clearances, just as Sparrow will be with Dangerfield, Selwood and Guthrie. Jordon’s responsibility will be to manage the run and link of Isaac Smith, as well as provide his own.

Close will be needed to pierce that often-impenetrable Demon defence. It will be Petty asked to stand Jeremy Cameron and quell his influence, a job he did earlier in the year. Holmes is improving every week and could be the spark that lights the fire for the Cats.

Whichever group performs their roles the best will likely wear a medal at the end of the season.