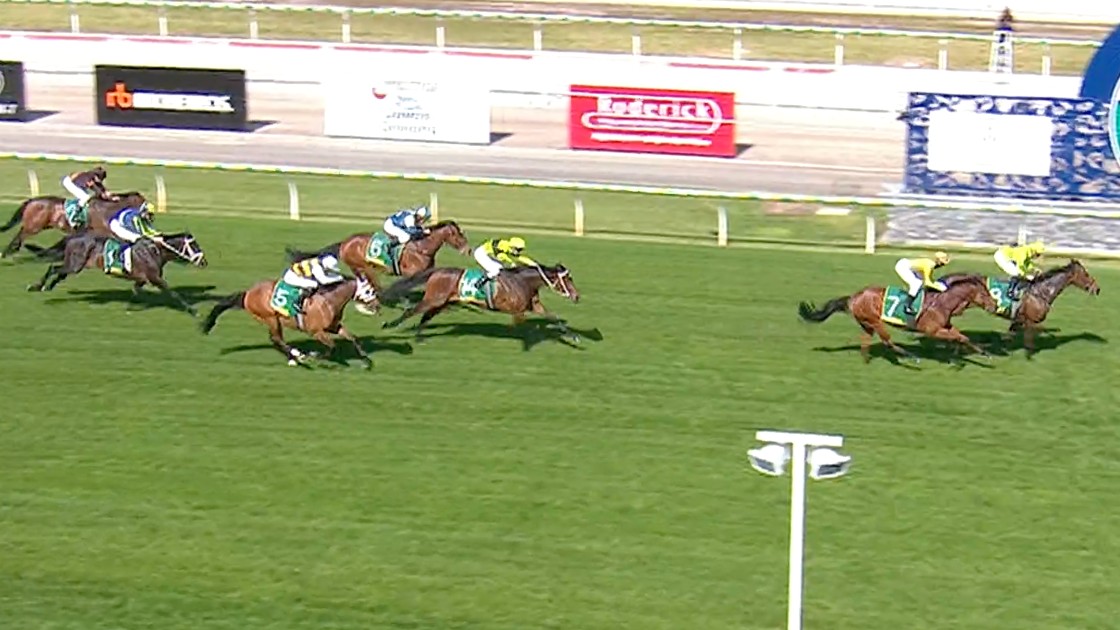 Tralee Rose is the 2021 Geelong Cup winner, holding off Dr Drill and almost certainly on the cusp of a Melbourne Cup start.

It’ll now be up to handicapper Greg Carpenter to decide how much, if any, weight penalty Tralee Rose will receive.

Less than a week ago, the mare moved from 27th to 23rd spot in the Order of Entry for the 3200m showpiece at Flemington yet will almost certainly in the field on November 2nd.

“She had her first start here at Geelong,” Trainer Symon Wilde after the win.

“To come back a bit over 12 months later and win the Geelong Cup and be a top-five hope in the Melbourne Cup … it’s what you dream of.”

For the second consecutive year, the rails were empty as fans were locked out a mere two weeks before 10,000 fans will crowd Flemington for the Melbourne Cup.

Tralee Rose and jockey Dean Holland pulled away with 100 metres to go, as the fast-finishing Dr Drill was beaten by a length in its first foray into 2400 metres.

Should the mare be at the gates on Melbourne Cup day, she’ll have some decent form lines to lean on.

The third place in the MRC Foundation Cup was behind Nonconformist (second place in the Caulfield Cup) and Delphi while her winning performance in The Bart Cummings beat Master Of Wine and Selino for pace.

“Those two form references from the MRC Foundation Cup and The Bart Cummings, we didn’t know how far off the mark we were, but on the form from those two races, she’s actually right in the mix,” Wilde said in the lead-up to the Geelong Cup.

Although a race that guarantees a horse a slot in the big race, there have only been three winners to do the Geelong Cup-Melbourne Cup double in the same year.

That’s a success rate of just over 4%, which isn’t amazing reading by any means.

Media Puzzle won both races in 2002 – but at the start of the last decade, the double occurred two years in a row.

Americain won the Geelong Cup and Melbourne Cup in 2010, before Dunaden did it again in 2011.

The feat has yet to be achieved since – could this year be the year we see it?